Do you have a furry vocalist in the house? Does your dog like to howl along when you’re jamming out to your favorite tunes? It’s downright adorable—or annoying, depending on how you look at it—but have you ever wondered why dogs do this?

There are a few theories out there about why our furry friends howl at music.

The 7 Reasons Why Dogs Howl at Music

1. Their Wolf DNA Is Kicking In

As descendants of wolves, howling is in your dog’s genetic code. It’s a form of communication. Wolves howl to rally the pack, ward off danger, or locate a lost pack member.

So, when your pup hears music, they may not be hearing the song itself. The music may sound like another dog howling, and your furry friend is trying to howl along and communicate with the other “dogs” in the room.

2. They’re Reacting to High Frequencies in the Music

The next time your dog howls at a song, try to observe the exact moment they begin. What does the singer sound like at that moment? Is the note high-pitched? If so, that may be why your dog is joining in.

3. They’re Reacting to Your Emotions Related to the Music

Dogs are incredibly attuned to our emotions, and they may howl in response to the emotions we’re feeling when we’re listening to music.

4. You Rewarded Them for Howling at Music at One Time

If you’ve ever laughed or clapped along while your dog is howling at a song, you may have inadvertently trained them to do it more often. Dogs love positive reinforcement, so if they’re getting attention for howling, they’re more likely to do it in the future.

5. They See You Enjoying the Music and Want to Join In

Dogs are social creatures, and they want to be involved in anything that’s going on, especially if it looks like fun! If you’re dancing and singing along to your favorite tunes, don’t be surprised if your dog starts singing and going wild with you.

6. They Simply Enjoy the Sound

Like humans, music can also have a profound effect on dogs. For instance, classical music has been shown to calm dogs down, while rock and metal music gets them pumped up.

So, it’s possible that your dog howls along to music because they enjoy the sound, just like you do.

7. They’re Trying to Get Your Attention

Dogs are experts at getting our attention, and howling is just one of the many ways they do it. If your dog is howling at a song, they may be trying to get your attention and let you know that they’re there.

Generally, no, dogs don’t howl at music because it hurts their ears. Dogs have specific reactions to pain. If they find the music painful, they’ll usually show it in other ways, like cowering, whimpering, or trying to leave the room.

Still, it’s always a good idea to err on the side of caution and keep the volume at a level that’s comfortable for your dog.

Keep in mind that your pup’s sense of hearing is more sensitive than yours. What feels like a comfortable volume to you may actually be too loud for your dog.

Do All Dogs Howl at Music?

No, not all dogs howl at music. In fact, most dogs don’t. Howling is just one of many ways dogs can react to music, and it’s certainly not the most common.

Other ways dogs may react to music include barking, wagging their tail, tilting their head, perking up their ears, or just lying down and relaxing. So, if your dog doesn’t howl at music, don’t worry, there’s nothing wrong with them. They’re just expressing themselves in their own unique way.

What Dog Breeds Howl the Most?

Some dog breeds are more prone to howling than others. For instance, dogs that are closer in lineage to wolves, like Alaskan Malamutes and Siberian Huskies, are more likely to howl. In fact, huskies are famously vocal dogs and are known for their striking howls.

Hunting dog breeds may also be more likely to howl. During a hunt, these dogs often need to communicate over long distances, so they’ve developed a tendency to howl. Breeds in this category include Beagles, Basset Hounds, and Bloodhounds.

Finally, herding dog breeds may also howl more often than other dogs. These dogs were originally bred to herd livestock, and they would often need to communicate with their owners over long distances. Examples are Australian Shepherds, Border Collies, and Welsh Corgis.

How to Get Your Dog to Stop Howling

If your dog’s howling is becoming a nuisance, there are a few things you can do to get them to stop.

The next time your dog howls at a song or piece of music, try to see it from their perspective. They’re just expressing themselves in the only way they know how, and as long as it’s not becoming a nuisance, there’s nothing wrong with letting them unleash their inner musician every once in a while. 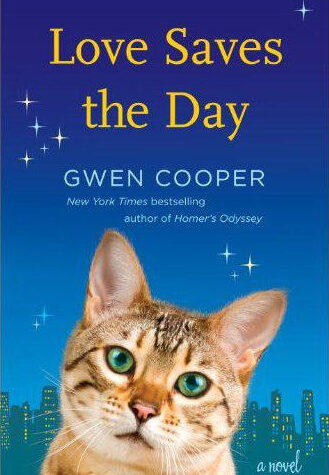